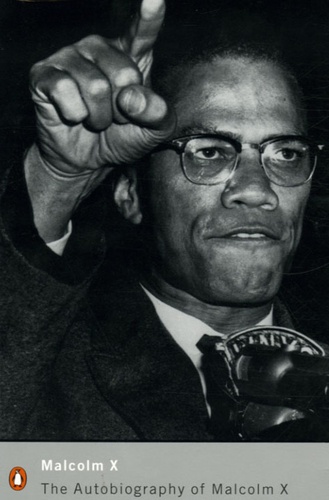 Malcolm X's blazing, legendary autobiography, completed shortly before his assassination in 1965, depicts a remarkable life: a child born into rage and despair, who turned to street-hustling and cocaine in the Harlem ghetto, followed by prison, where he converted to the Black Muslims and honed the energy and brilliance that made him one of the most important political figures of his time -and an icon in ours.


It also charts the spiritual journey that took him beyond militancy, and led to his murder, in a powerful story of transformation, redemption and betrayal. Vilified by his critics as an anti-white demagogue, Malcolm X gave a voice to unheard African-Americans, bringing them pride, hope and fearlessness, and remains an inspirational and controversial figure today.

The Autobiography of Malcolm X

Born Malcolm Little in Omaha in 1925, Malcolm X was the son of a Baptist preacher.


He grew up in Lansing, Michigan, but after the early death of his father in 1931 he was placed in a foster home, then reform school and eventually moved to his half-sister's home in Boston in 1941- Leaving school early, he made his way to New York and worked for a time as a waiter in Harlem. Soon part of the underworld, he began selling marijuana, became addicted to cocaine, turned to burglary, and in 1946 was sentenced to ten years imprisonment.


He had also been criticized by more moderate leaders of the civil rights movement for his extreme anti-white views and advocacy of violent protest. In 1964 Malcolm X formed his own protest group, the Organization of Afro-American Unity and renounced his earlier racism against whites, encouraging international brotherhood instead. The group had built up only a small following at the time of Malcolm X's murder by Black Muslim assassins while addressing a rally in 1965.


His Autobiography, however, published in 1965, went on to became a great influence on black consciousness, especially the Black Power movement of the late 1960s. He was buried as El Hajj Malik al-Shabazz, the name he had taken in 1964 after making his holy pilgrimage to Mecca. Paul Gilroy is Professor of African American studies and Sociology at Yale University. He is known as a scholar of African diaspora cultures and has published widely on their literary, artistic, musical and political dynamics.


His books include Small Acts: Thoughts on the Politics of Black Cultures and Between Camps (Penguin, 2000).